How to Fix Your LookML Project Structure

Looker projects are getting out of control.

It wasn't always like this. Looker usually starts out as an analyst's paradise—a single model, a few developers, a handful of Explores. Everyone is self-serving insights. Life is good. But as the months roll by, the team grows, access expands, access grants, model sets, dashboards, and datagroups proliferate, and yikes it's been 8 months since Phil left the company and all 23 of his one-off Explores are still there.

If you ask a seasoned LookML developer about the state of their Looker project, they might sigh, grit their teeth, and clench their fists. They might stare sadly into the distance as scenes from yesterday’s workday flip through their mind’s eye like slides on a Kodak Carousel…

As a freelance analytics engineer, I've helped startups establish best practices for Looker. At Better.com, I scaled Looker from 0 to 100 developers with 500+ weekly active users. And the team at Spectacles, who I collaborated with on this post, have 10+ years of combined experience administering Looker for dozens of companies. We've seen these problems firsthand and have spent a lot of time thinking of possible solutions.

I've developed a Looker project structure that I believe solves these problems. Adopting this efficient approach will help your team gracefully handle schema changes and improve your project's readability.

To make this explanation concrete, I'll walk through a sample Looker project modeling the popular, public IMDB ratings dataset. To keep things interesting, we'll use the data to make "Frankenmovies": mashups of overlapping movie titles (like "American Beauty and the Beast" or "Men in Black Panther").

A huge thanks to Looker's Fabio Beltramini for his post and talk on refinements (which will be referenced below), as well as dbt’s project structuring guide (the updated one and the original), both of which greatly inspired me to write this.

To get started, let's take a look at our project. It contains:

Now, consider a new project structure with layers, where each layer adds an incremental piece of logic onto the previous layer:

Here’s how we’d represent a table named ratings in this layered approach:

And here’s how we would organize the files in our Looker project:

Let's drill into each of these sections in more detail to demonstrate how our layered structure handles schema changes better and improves readability.

The base layer is the layer of machine-generated LookML views that makes it simple to respond to upstream data schema changes. This layer doesn't contain any hand-editing or business logic.

Here’s how the ratings.view.lkml (view on GitHub) would differ in a traditional and layered approach. Here's the traditional view:

And here's the view in our layered design:

Think about what happens in the traditional structure when a new column is added to the ratings table. Because the ratings view has a mix of machine-generated and hand-written changes, you need to manually code each new field addition.

With an isolated base layer, adding this column is a single button click: re-run the Create View From Table LookML generator to get the latest changes. For some databases, Create View From Table will even pull in column-level descriptions into the view definition, so you’ll even get updated documentation for free with this approach.

Organize your base folders to mirror how the source data resides in your database, and generate one .view.lkml file per raw table.

For example, if the ratings and titles tables both belong to the frankenmovies database and imdb schema, organize them as follows:

The leading underscore ensures this layer is sorted before the other layers.

This folder hierarchy makes it clear which data powers your Looker models. This is especially helpful if you're referencing tables across different schemas and databases.

The standard layer is made up of hand-written LookML refinements that preserve your column changes when you update the base layer.

Here’s how the ratings table would be represented in the standard layer in our IMDB example (view on GitHub):

The standard layer makes use of an underrated feature called refinements (notice the + symbol in the view definition above). Refinements are similar to extends. Extends make a copy of the extended view file, but refinements make the edits in place. For low-level changes that you’re comfortable applying across your entire project, refinements are a more concise way to add business logic to a view without editing the base file.

Some examples of business logic you should add to the standard layer include:

Similar to the base layer above, organize your standard layer folders according to your database structure, and create one .layer.lkml file per raw table.

The leading underscore ensures that the standard layer is sorted in the sidebar so it follows the base layer, but precedes other layers.

The new .layer file extension might seem strange at first glance, but choosing "Create Generic LookML File" will allow you to create a LookML file with any arbitrary file extension before .lkml. Adding this extension clarifies that the file contains hand-written code and not machine-generated code.

To recap, for each table in your database there should be one machine-generated base view called <table>.view.lkml and one hand-written standard layer called <table>.layer.lkml.

The logical layer is the layer of Explore definitions based on standard layer views. Here’s how the ratings Explore would be represented in the logical layer in our IMDB example (view on GitHub):

Note that the include statement references the standard layer so that we get the refined fields as well as the base fields.

The .explore extension clarifies that this file contains an Explore definition. Separating each explore into its own file solves the problem of frequent merge conflicts among developers working on different Explores simultaneously.

We can also use logical layers to define custom views in the same file as Explores that reference them. For example, in the IMDB project, we want to create “Frankenmovie” names, where we take the first half of one movie title and mash it up with the second half of another movie title. For example, “American Beauty and the Beast” is a “Frankenmovie” title for the two movies “American Beauty” and “Beauty and the Beast”. This requires some messy SQL that we’ll represent as a derived table in a new Explore called frankenmovies.explore.lkml (view on GitHub):

We're mixing view and Explore definitions in the same file. This might feel foreign if you're used to thinking of views and Explores separately. For complex logic like above, it can be very helpful to see how the derived table flows into an Explore without having to jump between different files.

We’re also re-using the ratings Explore defined earlier by including it and turning it into a view via a native derived table. This keeps our code concise and DRY since the relationship between titles and ratings only needs to be defined once in the ratings Explore.

What belongs in the standard layer vs. the logical layer?

The line here can be a bit blurry, but generally you should put low-level, global changes like renaming columns, hiding columns, adding descriptions, and simple measures, into the standard layer and more complex changes in the logical layer (e.g. cross-view calculations, which we’ll explain next).

Where should we define “cross-view calculations”

Cross-view calculations are fields that use fields from more than one view file. In the traditional setup, you’d pick one of those view files and define it there with an include statement for the other view. But this will often throw warnings and/or errors when you re-use this view file in an Explore that doesn’t have the other views joined in.

The solution to this problem is Looker’s best unofficially documented feature, called field-only views (FOVs). FOVs are view definitions without a sql_table_name parameter. They're a great tool for defining cross-view calculations.

In our IMDB example, we want to calculate an average number of votes per title. This new measure references the number_of_votes measure in the ratings view and the count measure in the basics view.

To create this cross-view calculation, you’d define a field-only view at the top of ratings.explore.lkml (notice there’s no sql_table_name argument) and then join it into the Explore with an empty sql: ;; parameter:

It’s a strange syntax, but field-only views can help you define cross-view calculations cleanly and only where they’re needed.

Now that each Explore is defined in its own file, the model file should be very lightweight. In this design, model files only include project-level configuration like the connection, caching, and access grants.

And here's the model in our layered design:

If you’re manually updating your view files to respond to schema changes every day, then this layered structure is a no-brainer for you in terms of time saved. Additionally, the waterfall layering of base ⇒ standard ⇒ logical effectively abstracts away details until you need them, improving the readability of your project and clarifying where to start for new developers.

We think all new Looker projects should be built this way, but for existing Looker users still on the traditional structure, there will be some switching costs. I did this migration for a client fairly early on in their Looker journey, and it took me roughly ten hours to complete. Depending on how big of a problem schema changes and code readability are for you, this investment of time could be well worth it.

While there’s no objectively “perfect” project structure for every organization, our hope is that a design like this can become a standard over time, reducing decision fatigue and improving onboarding for analysts everywhere. 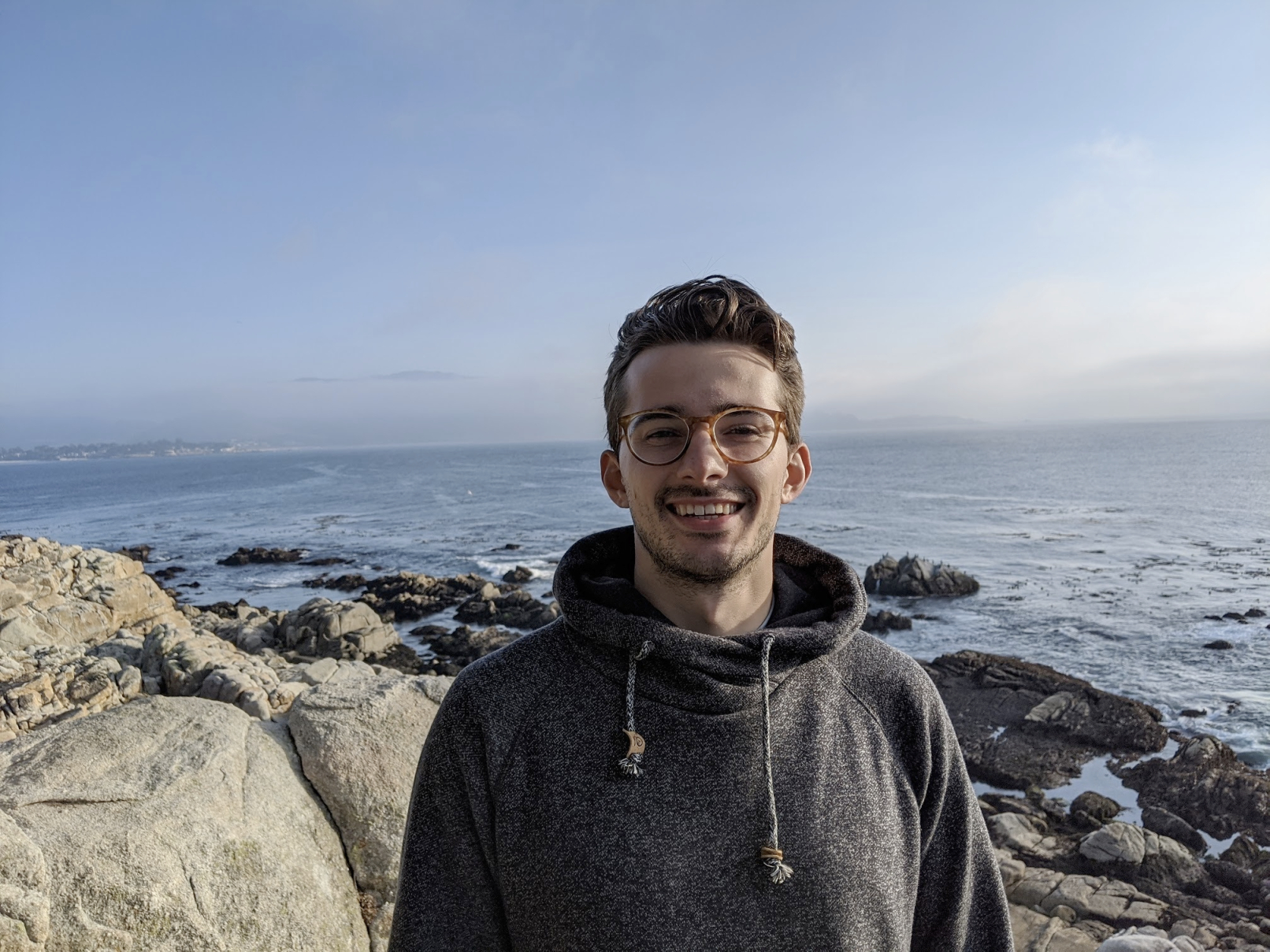